Whit Carpenter and Caleb Reed were selected to the Boys’ Basketball Class 4A All Star by Class Team.  Both Lions were instrumental in Blanchard’s run to the Class 4A State Tournament where they fell to the eventual champion, Kingfisher.  The All Star by Class team is a precursor to the All State Team.  Players from 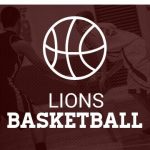 Voted on by coaches from the Region 5 area of the state that entails 55 schools in the South Central portion of the state.  Final selections are below. REGION 5 – ALL DISTRICT TEAM Mojo Browning – Purcell Jack Cole – Community Christian School DD Coleman – Ardmore Austin Hunt – Velma-Alma Josiah Johnson –