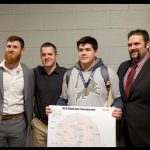 Ryder Wiese, Blanchard’s first 3-time State Champion wrestler, has decided to continue his wrestling career at the University of Oklahoma.  Ryder finished his senior season with a record of 42-1 defeating Gabe Grazier of Oologah in the finals of this year’s State Tournament and was selected to the West All State Wrestling Team.  Ryder was

Ryder Wiese heads the list of Lions selected to the Oklahoman All City Wrestling Team.  Wiese was chosen as a 1st Team Selection at 285 lb weight class. Aden Sanders was a 2nd Team selection at 106 lbs. Cody Cosby (160 lb) and Colin Deaton (220 lb) were Honorable Mention selections.         See the link 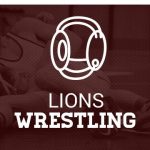 Tickets will be sold at the door for your class’s particular session and the cost will be $10.00 per session per person. The arena will allow up to 1,000 spectators per session. They will be clearing the arena at the conclusion of each Class Session to allow for cleaning and sanitizing. The arena will not

No Events This Week

Events are added by athletic staff.
View All Events